The seed of Nautilus, the organic arable, greenhouse and horticulture cooperative, was planted back in 1987. 25 years ago, organic and biodynamic cultivation was still in its infancy, but some Flevoland farmers decided to get together to defend the interests and continued professionalization of these products. Given the growing demand at the time for healthy and environmentally-friendly arable and horticultural products, these farmers also expect to be able to tap new markets.

After only a year, Nautilus was in a position to fully focus on finding purchasers for the farmers’ products. From that time on, stimulating and supporting the development of organic agriculture was continued by the Flevoland Organic Agriculture Foundation. Nautilus was very successful, because membership grew and new markets were acquired. Thanks to the support of the Province of Flevoland, the sales office was opened in 1991, and the export of cultivated products began.

The merger with Dutch Biological Products (HBP) in 1996 doubled the number of farmers (and therefore range) associated with Nautilus, and increased national coverage. The farmers were scattered all over the Netherlands. From that moment, the cooperative became an interesting partner for supermarkets, food stores and wholesalers, guaranteeing continuous delivery of a wide range of certified herbs, potatoes, vegetables and fruit. 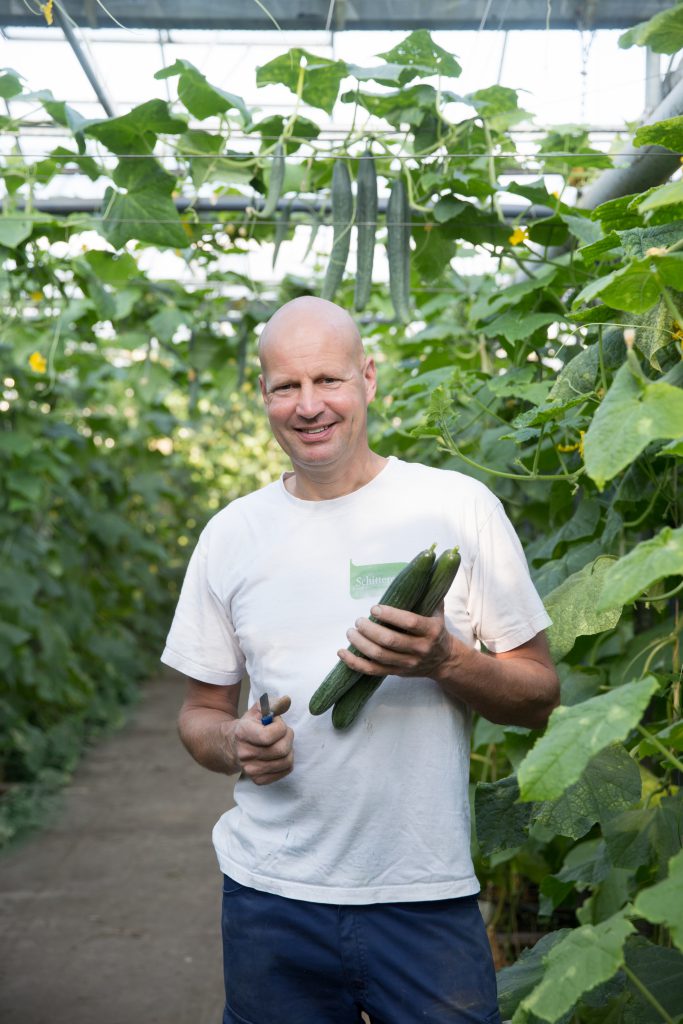 Rob and Sandra van Paassen are the proud owners of a charming horticultural company in Oude Leede, South Holland. With great care they grow several breeds of biodynamic cucumbers, sweet peppers, eggplants and lots of pepper varieties. Until 1997, Rob ran the business with his father. When his father retired, Rob and his wife Sandra took over the company completely and grew conventionally for a couple of years. Switching to biodynamic Rob wanted to work more with cycles and be less dependent on plastic and rock wool. And Rob and Sandra were ready for a new challenge, so in 2010 they started the exciting process of transitioning to a biodynamic company. Courses were followed, existing organic farms visited, biological control methods examined, and the search for a good market for their biodynamic products began - ending at Nautilus Organic. Although Rob’s father first regarded the couples’ plans with suspicion, he also became more and more enthusiastic. In the 'new' approach he recognized a lot from the past and he also saw Rob and Sandra’s enthusiasm grow. 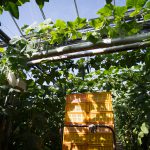 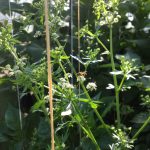 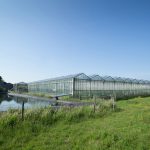 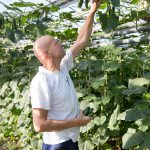 An example of biological control are the celery plants at the front of the rows of peppers. The celery plants attract the natural enemies of aphids and other pests, so they help Rob and Sandra to keep their plants healthy. Up early for the best cucumbers In all those years there are also things that haven’t changed. The cucumbers are best if they're picked before noon. So the working day in the greenhouses in Oude Leede begins around half past six. Small cucumbers, Asian cucumbers and regular cucumbers Cucumbers are cucumbers, right? Not for Rob. He grows several types of cucumbers. Each with their own look and special taste. 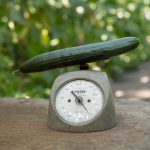 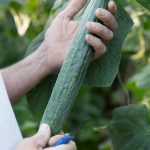 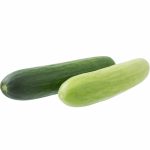 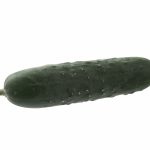 Twenty pepper varieties Rob effortlessly sums them up. From Jalapeño to Habanero. And from Rawit to Scotch Bonnet. Rob and Sandra’s greenhouses are ideal for growing peppers. With their hectares of greenhouses they aren’t one of the larger greenhouse growers, but their overseeable dimensions do provide opportunities for smaller crops such as these peppers. 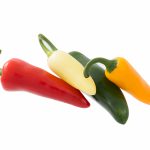 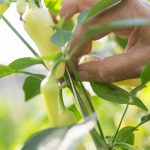 The biocycle Horses also have their home near Rob’s greenhouses. The horses graze on organic pastures around the greenhouses and provide the necessary fertilizer. Because the horses’ fertilizer is not quite enough for a healthy soil, Rob works with organic rancher John Duindam of Hoeve Biesland. So the fertilizer from this company is also put to good use. Nature lends a hand Rob also has a tidbit for anyone who wonders why organic cucumbers sometimes look a bit 'dusty'. That substance is silicon (silicic acid), which naturally occurs on the plant. This makes it easy to recognize a real organic cucumber. The silicon on the skin is typical of cucumbers grown organically in soil. It makes the cucumber resilient against pesky fungi like mildew. In short, nature gives the grower a hand. 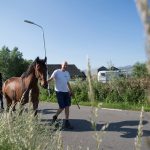 Sales through Nautilus Organic Looking for a good market for their biodynamic products, Rob and Sandra became a member of Nautilus Organic in 2011. All biodynamic cucumbers, peppers, sweet peppers and eggplants are sold through Nautilus Organic. A large part of the products also end up at the organic label Nature & More from Eosta. Once they had so many peppers that they ended up with a producer of organic sambal. The cooperative aspect is important for this small business. Thanks to the cooperation with fellow members Rob and Sandra's products are sold at fair and competitive prices.